Is That You, Batman?

So much has happened since my last post. I had my first supervised visit/evaluation of my student teaching last Friday, and it went quite well! I was so happy and relieved...because I was nervous all day! After school that day, I went up to Bloomington, Indiana to spend Labor Day weekend at my Dad's house. It was a pretty typical weekend...well, typical for our family.

Dad recently sold his house in Kentucky so he was finally able to tell us that the original owner of the house (not the person he bought it from, the owner before that) had shot himself in the master bedroom. I have now determined that his ghost is responsible for every noise I heard in that house that scared the bejesus out of me. Other things I learned on Friday night included Dad buying a new car and a golf cart. The golf cart makes getting to our boat a lot easier...could that sound more stuck up? Probably not...trust me, we're far from snotty. It's a pontoon boat, not a yacht; so we can't be that bad.

On Saturday, we went out on the lake for a bit and I managed to get minimal amounts of sunburn. Sure I was only in the direct sun for 20 minutes and I had tons of high SPF 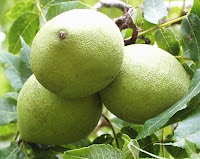 on, but I usually fry no matter what I do. So, you can understand my excitement. After dinner we decided to take a little walk up the driveway (it's a really long driveway, so it's a decent little stroll). On our walk, I learned what walnuts look like. I thought I knew what a walnut was, but apparently it has a green shell around its regular shell. It was a bit awkward when I told Will (my little brother) that I thought those were apples.

Will starts collecting walnuts (not apples) to juggle, because his talents are endless. After he juggles for awhile, he starts throwing them up in the air. "If you throw them up in the air, bats will dive at them," he said, "but you have to throw it pretty close to them." Not a single bat fell for it. I told Will that maybe the bats were too smart or that they were on to him. He replied, "Well, I have done this every weekend I've been here."

We all went inside and watched a [horrible] movie. By about midnight, we all decided to call it a night. Will climbed the ladder into the loft and the rest of us went to our rooms. I had just laid down when I heard will yell, "AHH!!" I jumped up and could already hear Dad running down the hall. "What is it?" Dad yelled. My hand was on the door handle when I heard Will 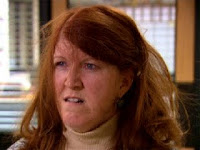 Immediately, I recalled the season 3 episode of The Office titled "Business School." A bat gets into the office and Dwight traps the bat in a bag on Meredith's head. Needless to say, I thought twice about opening the door. I opened it enough to poke my head out and confirm that there was, in fact, a good size brown bat flying around the rafters of our house. And then I closed the door.

Dad trapped the bat in what I call the sunroom. It's sort of like a porch, but it's completely enclosed. You could see the bat flying around in there! We came to the same decision most families do: let's deal with the bat in the morning. Will debated sleeping on the floor in my room rather than staying in the loft, and Dad suggested he sleep on the couch. "Hell no!" Will said, "that's closer to that bat!"

Here's the really weird thing: we never found the bat. We assume he got out somehow, unless he turns up dead in the next few days. He left as mysteriously as he came...just like the real Batman. Some of you may appreciate the irony of the situation if you remember that my brother used to dress up as Batman for a solid two years of his life. The additional irony is that during one of my performances at the Buckley Wildlife Sanctuary, I portrayed a brown bat. I have a video of me performing the brown bat monologue and song I wrote for public access. But that's another story.
- September 09, 2009