July 14, 2008
I am currently house/dogsitting in Richmond and feeling quite isolated. The computer/Internet here is being shady and forbidding me to Facebook Chat or look at [stalk] people's profiles, these are 2 of my main activities. I couldn't bring my laptop with me because it is dying. Actually, the computer itself is fully functional, but it won't connect to the Internet. And what's the point of a computer without Internet? Might as well be Amish. I can deal my own solitaire game, thank you...unless it's spider solitaire, I'm still not 100% sure on how that works.
The good news is I'm getting a new computer; the bad news is I'm paying for a new computer. And as though it weren't enough--I can't work the TV. It's satellite or something fancy and I can't find the basic cable channels I desire. The hilarious (and/or pathetic) thing is, I've housesat here before. Every year since 2004 actually. And yet I am helpless. [*Note: S 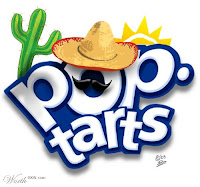 hortly after I wrote this, I figured out the TV].
I am also incapable of working the toaster oven. I learned that this morning when I set a paper towel on fire while trying to retrieve my pop tarts. There's nothing quite like starting a fire before 7 am. Luckily the toaster oven is right next to the sink so I didn't burn anything to the ground.

Needless to say, I'm bored. Very bored. I've already read all of Cosmo (as I said I would) and the Rolling Stone I bought simply because Barack Obama was on the cover. I've also done some cleaning (something I do when I'm bored, angry or stressed).
And now I am kicking this blog old school--writing it out on paper to post later because the computer won't let me post on the actual blog for some reason.
I'm also rocking out thanks to my iPod and its new speaker! I'm listening to stuff I haven't heard in forever. Rediscovered musical gems include: "She Thinks My Tractor's Sexy" by Kenny Chesney and "Sex and Candy" by Marcy Playground.
OMG! "Let's Get Married" by Jagged Edge--remember that one? I don't think that is incorporated into nearly enough weddings as it should be. I think it's a really sweet song and (to quote my friend Meg) should I ever decide marriage is a good idea, I fully intend on this song being involved. I'm not saying it's one to walk down the aisle to or anything (although that would be awesome) but it should definitely play at the reception...or perhaps while people are waiting for the ceremony to start. It kind of reminds me of the episode of Fresh Prince where Jazz gets married in the Banks' home. His bride, Jewel (the ex-con), does a sort of 90s pimp walk down the aisle. Amazing.
I will admit that my taste in music can be questionable. I'm very ecclectic and non-discriminate (aka I don't have any taste). My mood plays a significant role in music decisions. And my moods can be strange. And I love to sing...not necessarily well, but that doesn't stop me. My latest thing is songs I think would be sung in a night club. I don't mean the type of club that Usher wants to make love in, but rather some hole-in-the-wall spot where you go to hear jazz or something. The type of place where 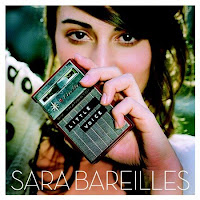 you could envision Ella Fitzgerald singing "How Long Has This Been Going On." I made the decision recently that if I had been alive in the 40s, I would've been a singer like that. I think it would've been fun. A really good CD for this mood is Little Voice by Sara Bareilles.
I freaking love it! She has got an amazing voice and the songs are all great. If you decide that you would like to practice your Night Club Singer voice (or just want a good CD and don't need my crazy endorsement) I would highly recommend it!
- July 20, 2008